Sharing a love of Dolls House Miniatures - and making time for other creative crafts and the garden.

Such a Long Time...since I posted

I can't believe I haven't posted since April.  I mentioned then that life was a bit fraught - storms causing damage to our house and devastation in the garden, then serious illness in the family. Hmm well, yes the year has been somewhat difficult since then, but I know it has for many, many people.

So as a dear friend once said 'Let's Look on the Bright Side of Life'.  Mother Nature has helped us through the year - gardening is the most wonderful distraction  - and brings such lovely little surprises along the way.
When our huge, old and long fence fell down it took out three established clematis and three beautiful rambling roses, not mention a couple of shrubs and some plants we weren't able to rescue.  My new wild garden vanished under a hard pan of earth.  As the new fence went in, no apparent roots were left behind,  we were sad but O.K. with that, one of those gardening challenges.

After about three months, green bits began to appear alongside the new fence......two purple clematis came back to life, the American Pillar Rose started to climb back up the old Cedar and 'New Dawn' showed signs of life from the depths.  Later the two shrubs began to appear and shoot.  Such excitement!  Meanwhile the 'dead' raspberries managed to pop up to produce a handful of berries.  Lovely!

As a little bonus we had a huge crop of 'free' tomatoes that self sowed themselves from the compost spread on one of the veg patches - which was just as well as the ones that were nutured and planted - rather too late - as usual in big planters were very poor this year. The nasturtiums have taken over though - cheery.

Do you know this little poem by Dorothy Frances Gurney called 'God's Garden'? This is one of the verses, and you can Google the rest if it appeals to you.

The kiss of the sun for pardon,
The song of the birds for mirth,
One is nearer God's heart in a garden
Than anywhere else on earth.

So, here are the pics. to accompany all the previous tarradiddle: 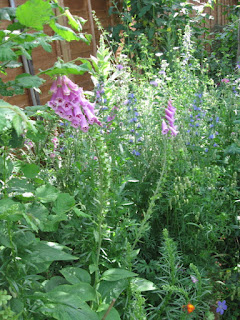 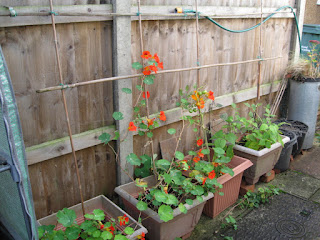 Clematis back to life and two pictures from the gravel garden 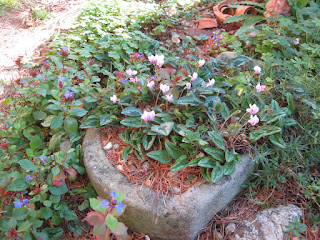 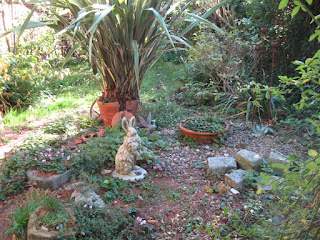 And finally a little treat.  I fell in love with a wonderful Edwardian style doll that my friend Celia Thomas of ktminiatures.com had for sale on her website.  Then I saw her for real.  She's mine now! We don't know when she was made, or who by, if anyone knows do get in touch. There are other really charming and interesting dolls house dolls for sale, as well as other lovely vintage and antique goodies, do take a look!  Thanks Celia. 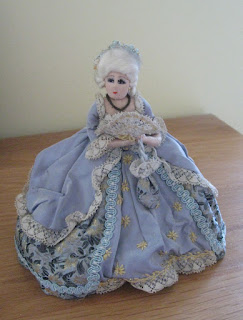 Thanks so much for looking - it's nice to be back.
Robin x

Hello Robin,
Good to read a new, cheerful post from you. Your garden looks lovely. I'd love to see it in spring when it will be in full bloom.

Your garden is looking beautiful once again Robin, it is amazing how nature can rejuvenate itself. I fully get how therapeutic a garden can be during difficult and stressful times :) Enjoy the little doll... Celia x

I work in a Muddle 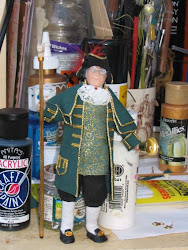